The ships of glass (The Xenon Tech Archives, #3)

It took me a while to read the book... being at home made me read less and less since I used to do it while going from home to work and on my way back at the end of the day.
Still, during these past couple of days, I decided to reach for the book, get comfy, and a warm cup of tea.

The Ships of Glass is the third book of The Xenon Tech Archives series, written by Ashley M. Jackson.

Having known the author's writing for a couple of years it has been good to see her mature and grow as a writer. You can see a big difference in the way the story unfolds and how the characters grow. This is proof of the hard work she has been putting into creating her story. It's easy for small authors to get lost but I am really happy to see this project evolve and reading an even better book... That being said, this third book is so far the best. The way the story unfolds and the reader learns more at the same time as our Captain makes it almost impossible to put the book down. Also, this is an important part of the story since we learn important information about Scarlet, R, and even Faylin... The rest of the crew is a bit behind almost lost in the story since these characters take the most important roles.

Now I am torn, I have learned so much and now have to wait to see what happens next and how everything is going to be... what's the next stop? What are they going to do?

I can't write more about it without giving you any spoilers and I definitely don't want to ruin your experience when reading this book.

If you are curious to read it, you can find it on Amazon. 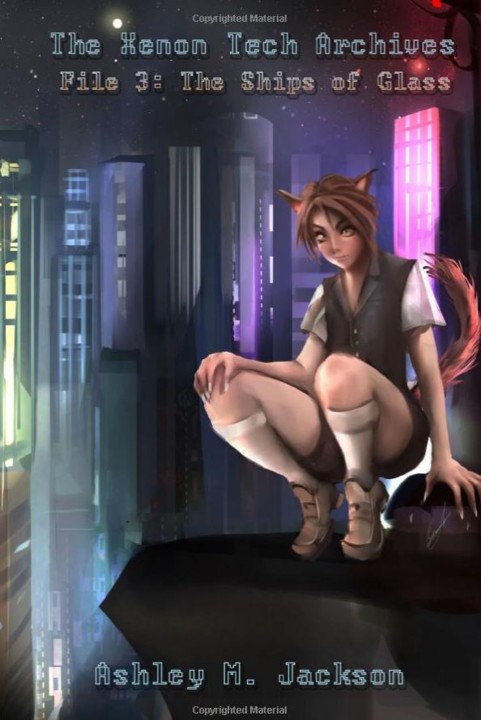 Title: The ships of glass

The path that we take in life is never one that we expect...or often want. Fate, if you believe in such things, has an odd way of twisting the paths in our lives and connecting us in a web that is far beyond our own comprehension. Much like a puppeteer controlling his many marionettes. This is the story about Scarlet; a unique young creation, and his inexplicable power to defy fate. This is his story about how, despite his undesirable beginnings, he fights for and saves what is left of his world. This is his story of how he grows and changes against all odds, and becomes someone that he never thought that he could. This is a story of hope in the face of what seems to be unavoidable despair.