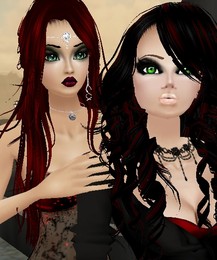 {For those new to the form of T1, it is a common logic way of text fighting. Even though it is based off the imagination, logic in life still exists within the T1. Respect, Honor, and Trust are all key points needed to have a clean fun form of competition amongst one on one, or multiples against one. Order and
communication is most important when dealing the starting posts in the T1.}

T1 is a multi-style way of fighting that has been in RP longer then I have been around. First you have the different types:

T1 UM= T1 Unrealistic Melee. This is the Style that is an above average human against human that are capable of using things such as Magic attack, Sorcery, Vampirism, Werewolfism.
Ex: Underworld.

T1 MP= T1 Moderate Powers. This is the Style that is commonly used now as a more realistic look towards T1 PC. The characters that have special powers, just not ones that have a power that is capable of destroying an entire planet. Powers such as elemental abilities are acceptable, but if there is a power that is capable of using all elements you must keep that power in a moderate use.
Ex: Bleach, and Naruto.

T1 PC= T1 Powered Characters. This Style is the most difficult of them all to learn. The complexity of the characters abilities and powers are what get them called "God Moders". The depth put into one character, with the powers, abilities, explanations of terrain, dimension, sub-abilities, character
background, and traits will lead an inexperienced opponent to believe there is an invincibility about the character.
Those are the Styles of T1's. Now this is what you have to post in your T1 intros:

{Note: Forgetting information that is needed in your intro, CAN NOT be used later in the fight. This is grounds for disqualification under God Moding,. showing that you will make up anything to win.}

T1UM= Only slight abilities are heightened. No chakra, energy, or spirit force abilities.

T1MP= No powers capable of destroying entire planets galaxies or multi-verse. Energy/Chakra based attacks and combos. Basic abilities of energy and powers are acceptable. All Elemental control is acceptable as long as there is one to two elements being used at one time. You can not use all the
elements in one massive attack!


Posting information for your intro in a T1

{The first posting their intro CAN NOT state an attack. The second to post their intro is advised not to attack in their intro, but have that choice to do so anyways!}

3. You have to post what type of weapons, powers, abilities, and traits your character is going to use in the fight.
4. If you are posting your intro first, do not state where your opponent is, what they are doing, or where they are to begin, until they state otherwise in their post after.
5. Your character, and only your character is what you are narrating.

{Reminder: The reason for T1ing is to test yourself against others and make them believe they have been beaten by your character/skill.}

1. If you forget to post something in your intro; Power, ability, weapon, trait. You can not use it at any time later in the fight. Those things forgotten are off limits. If they are used, it is grounds for Disqualification from the match through the No God Moding tolerance. This is a competition between
the knowledge of two minds on how well they know their character.

2. No God Moding. This goes towards those that take a hit in the T1 and get up from it like nothing every happened. T1ing is a competition against two different skills. The first to out smart, and out match their opponent is the winner. The easiest way to winning a T1 is to always keep in mind, the first one that lands a hit wins.

3. No Auto-Attacks. This is the statement that your attack landed without letting your opponent counter/block/dodge/avoid/deflect in their posts after.

4. You must post equal length to your opponents attack post if you are to dodge/counter/block their attack. Anything less than the others attack section of the post is subject to voiding the move or disqualification. If you get a 5+ para attack post {For example}, you have to fully explain your actions and
how you did your counter/dodge/block in your replying post that measures up to the attack section length that was posted previously.

5. Correct spelling, punctuation, sentence structure and over all quality of your posts is the means of gaining a win. Run-on sentences and poor explanations about your character or anything of the sort, you are subject to disqualification or request to do another post if not acceptable. The more effort you put into your characters� posts the better and smoother the fight will go.

If the one being challenged requests a specific Style, the one challenging needs to either abide by the request or decline the challenge. If accepted, their character has to stay within the restrictions of the Style being stated.

3) An interrupt is where Person A reacts before the end of Person B's prior turn. As an example, Person B might draw his sword, curse, and then run across thirty feet before stopping, jumping, and swinging his sword at Person A's neck. In response, Person A would post drawing his sword and charging at Person B as Person B is running, therefore rendering the neck strike (in that form) having never happened. Interrupts are often regarded as the backbone of melee.

4) A hypothetical is where Person A posts that, should Person A dodge to the West, he will bring his sword across; a hypothetical is a follow-up, a move that will happen if one or more conditions are met. Hypotheticals imply forethought, so they can be considered planned moves IC, and therefore do not
demand the same conscious considering that would otherwise be demanded; also, hypotheticals might account for where a given attack would land if such and such defense were performed, like having a thrust to the stomach being displaced to the neck if the foe ducks.

5) Both interrupts and hypotheticals, and, indeed, all elements of T1 must be logical or else cannot happen; if you're interrupting a nearly split-second move, for instance, as you're looking the other way and engaged in some other motion, you won't succeed. Likewise, if your hypothetical is that your 140 pound axe will be swung left into the ribs if its potent downward blow is evaded, and your enemy is nimble and simply ran to the side at the "last moment," you naturally won't hit him.

6) Meta-gaming is when you use OOC information - or information your character does not have - in a fight, bestowing him that information. It can also be posting your character, after a duel is agreed on and a random room made, somehow having placed explosives exactly where your adversary is standing after he posts. An auto, too, but it can very well likewise fall under the "meta-gaming" header.